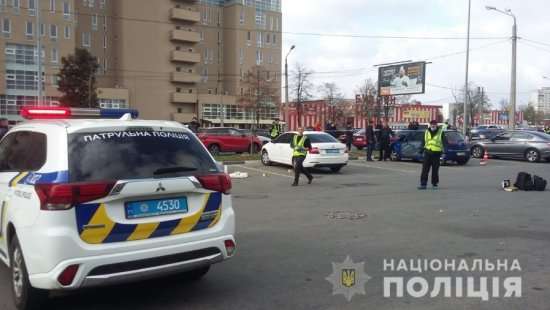 In Kharkov during a firefight near a supermarket "Delight" from wounds died one of the most important witnesses in high-profile case of the murder of the Deputy of the state Duma of the Russian Federation Denis Boronenkov – Vladimir Borokh, nicknamed "Tyson". Reports about it "Comments. Kharkiv"

Information about the murder of lawyer confirmed Svyatoslav Parkhomenko, defender Alexander Moose, a suspect in the murder of Boronenkov.

The lawyer noted that Borokh was a very important witness in this case and the murder according to Parkhomenko is not accidental.

"This is no criminal disassembly. This is a planned attempt. And it is not the first. And all the killers (who tried to kill Isakov – approx. ed.) was from Gorlovka, and previous, too. There is a very famous (in criminal circles – approx. ed.) in Kharkov the man who invited them there. And we knew that this would happen. According to Borka killers invited a man nicknamed "the Prince" (Vadim Kazartsev – Kharkiv nicknamed "the Prince" - approx. ed.) "said Parkhomenko.

According to information from their own sources, between Kazartseva and Isakov supposedly goes a long war for the redivision of spheres of influence in the criminal world.

In the shootout wounded Georgy Isakov, a former ally and zamglavy club "Oplot" Evgeny Zhilin. Earlier on Isakov had already made the attempt, and died 25 Oct Borokh was his "right hand".

After the shooting, police announced the plan interception. One of the killers during the detention near the South station, blew himself up with a grenade. After that quick search for accomplices of the suspect stopped, said the head of the Department Nacpac of the Kharkiv oblast Valery Sokurenko.

As previously reported by the edition "Comments", the gunfight and the explosion in Kharkov: "It was gang violence."