In the riots the number of victims amounted to 125 people 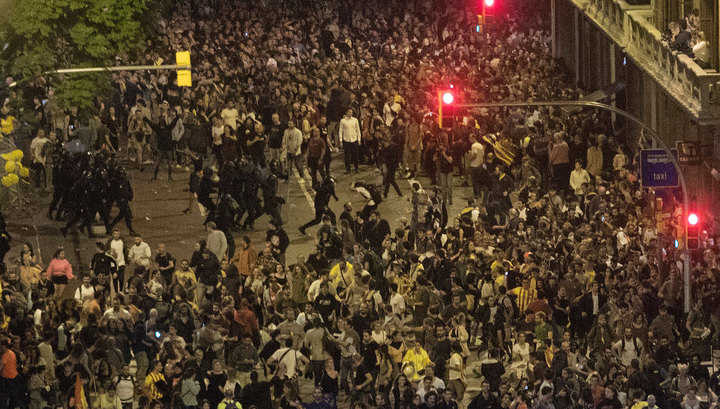 Clashes between protesters and police occur in front of the Council of the interior of Catalonia. It is reported 24 Horas.

Gathered on Gran via and threw up the toilet paper – a symbol for s expression of the fact that in the Autonomous community "a lot more clean."

They also demanded the resignation of the adviser of internal Affairs of Generalitat Miquel Beech.

At the moment during the mass riots in different gardens Spanish Catalonia the number of victims amounted to 125 people.

15 Oct and 16 Oct emergency medical assistance was provided 125 victims. The publication stressed that none of the cases do not was serious. Also wounds and injuries received not less than 75 security officers: 57 employees of the Autonomous police force of Catalonia Mossos de Escuadra and 18 Of the national police.

As previously reported "Comments", Catalonia announced breaking the Protocol of relations with the Spanish monarchy.