Society To cancel the military parade reacted to Poroshenko

To cancel the military parade reacted to Poroshenko

According to Poroshenko, Zelensky as the Supreme commander of the APU has a "full right to decide whether to hold the parade or not," 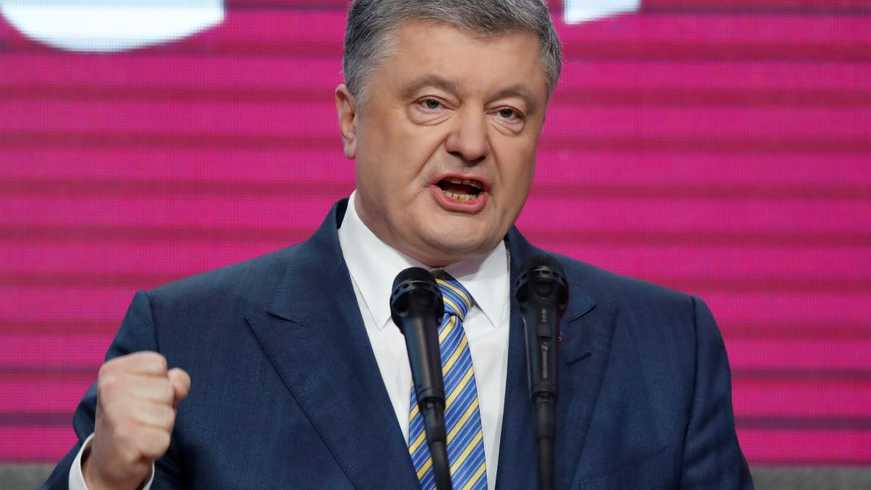 Ex-President Petro Poroshenko said the decision of his successor, Vladimir Zelensky to cancel the military parade on the Day Independence "is not very visionary".

About it reports a press-service of the party Poroshenko "European solidarity."

"The military parade is not only time and event when the army is accountable to the people. The distance which she was held for over a year previous parade. But this is an event when people have the opportunity to pay tribute to and respect to his army. Today, the army and the military is the most revered and reputable institution that enjoys the greatest confidence of the people of Ukraine. I I think that to deprive people of this would be not very far-sighted", is quoted words in the message Poroshenko.

But, according to Poroshenko, Zelensky as the Supreme commander of the Armed forces of Ukraine has the "full right to take the decision to conduct the parade or not."

"It depends on the priorities of mister Zelensky", he said.

At the same time, Poroshenko welcomed the idea to send saved at the parade money for the military.

"I fully endorse the initiative to support cash security of our army," he said.

Also, the ex-President noted that it was worth the parade much less than the 300 million mentioned by Zelensky.

"I deliberately expensive all fun was canceled. In fact the air parade, where you had a large number of aviation fuel. The form that you were given for the parade were given all the same, it is provided in the terms of collateral," - said Poroshenko.

As reported "Comments",Vladimir Zelensky suggested a new format for Independence Day August 24, and, instead of funding an expensive military parade, to pay the premium military.